The Ultimate Travel Experience for Your Favorite Star Wars Fan

The Force is Strong with This Plane. Just in time for the debut of the movie Star Wars: The Rise of Skywalker, United Airlines has unveiled an opportunity for fans young and young at heart to fly the friendly galaxy.
It has re-imagined one of its planes in epic Star Wars mode, from the eye-catching livery on the outside, to the experience on board. 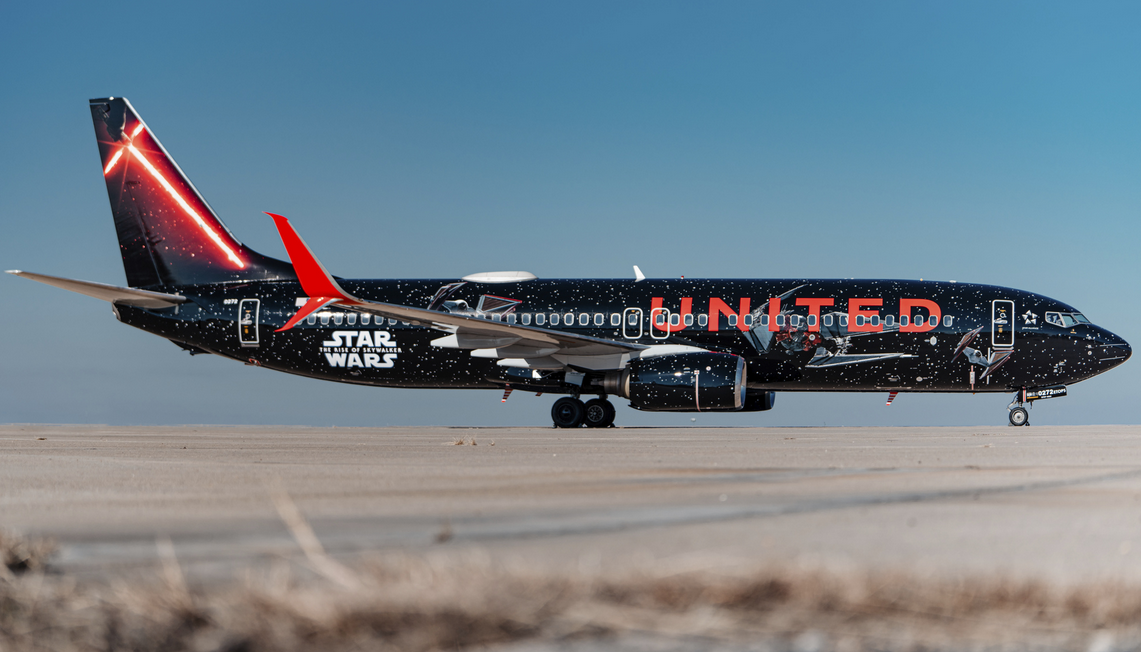 The plane is flying across the US, Canada, the Caribbean and Central America. But you’ll think you’re in a galaxy far, far away when you see this plane on the tarmac. The exterior paint design captures the Star Wars atmosphere with imagery of spacecraft including X-wing and TIE fighter starships against a black, space-like background. 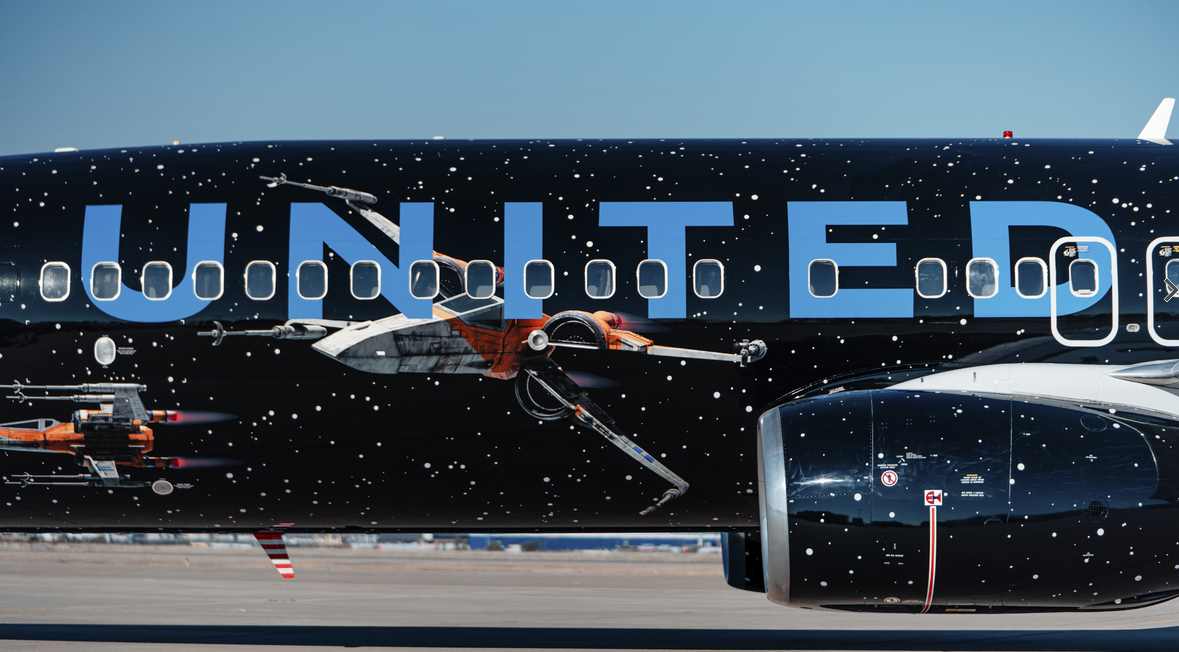 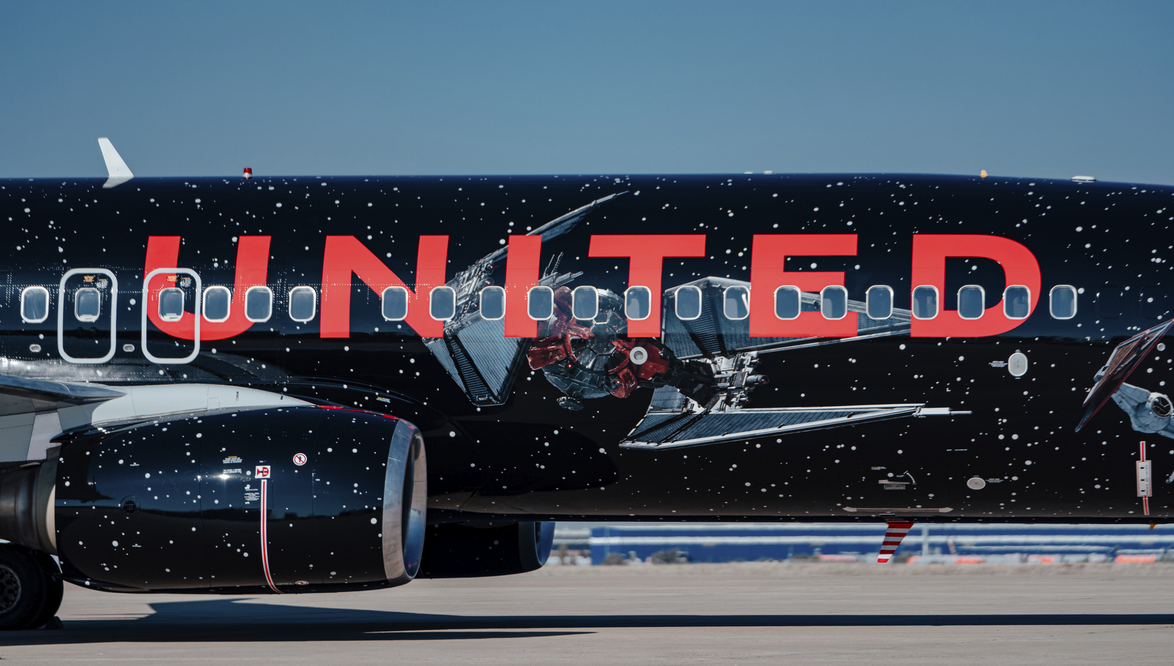 even down to the dramatic tail art: a different colored lightsaber lit against the darkness and ready for the hand of its invisible Jedi to wield. 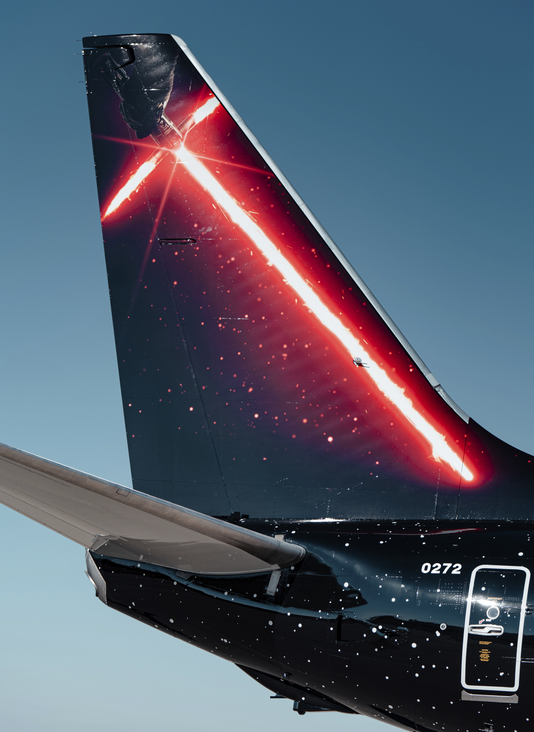 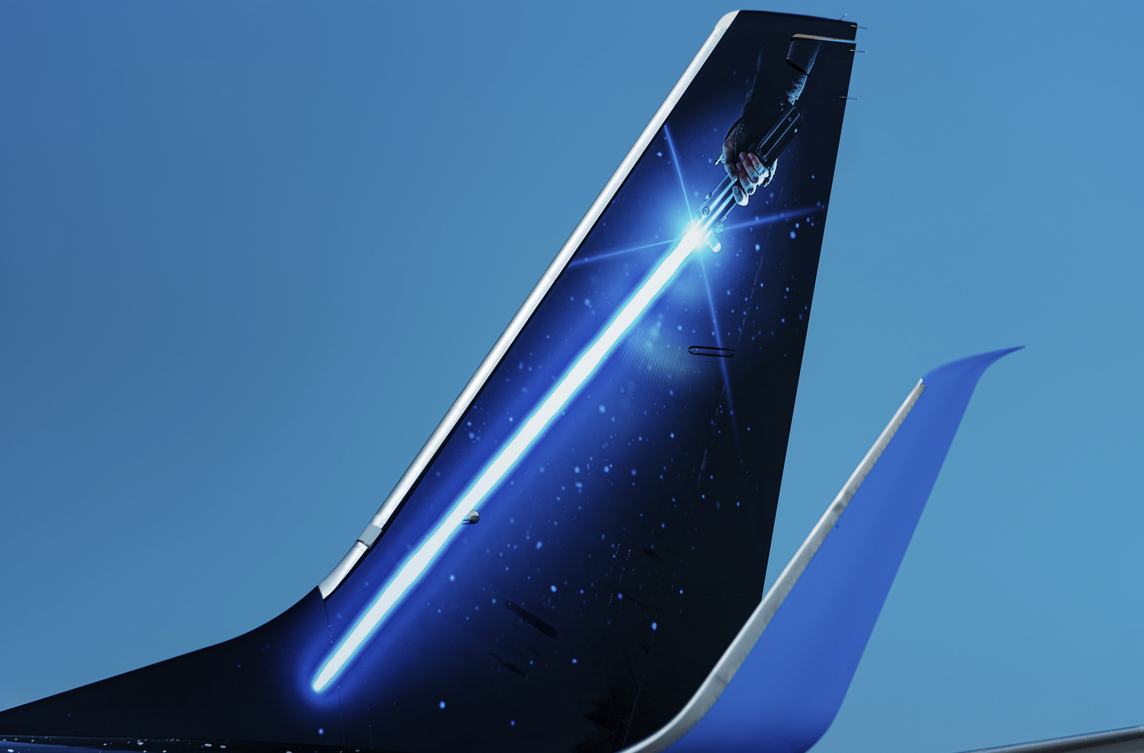 Remember what they said about the Millennium Falcon? Well, no one will call this state of the art, unforgettable aircraft a ‘hunk of junk’! 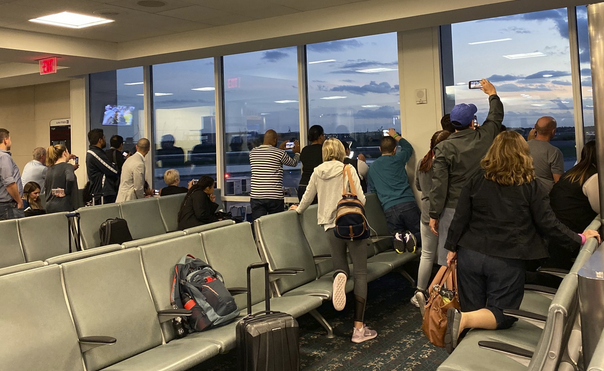 Just as unforgettable for Star Wars and movie fans is the on the ground and on board experience. 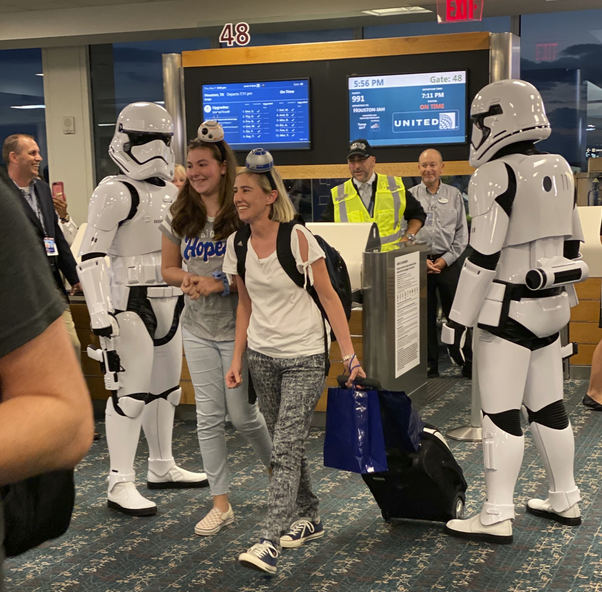 You might find yourself running a gauntlet of Stormtroopers en route to your flight.
Or needing some extra time for some photos.... 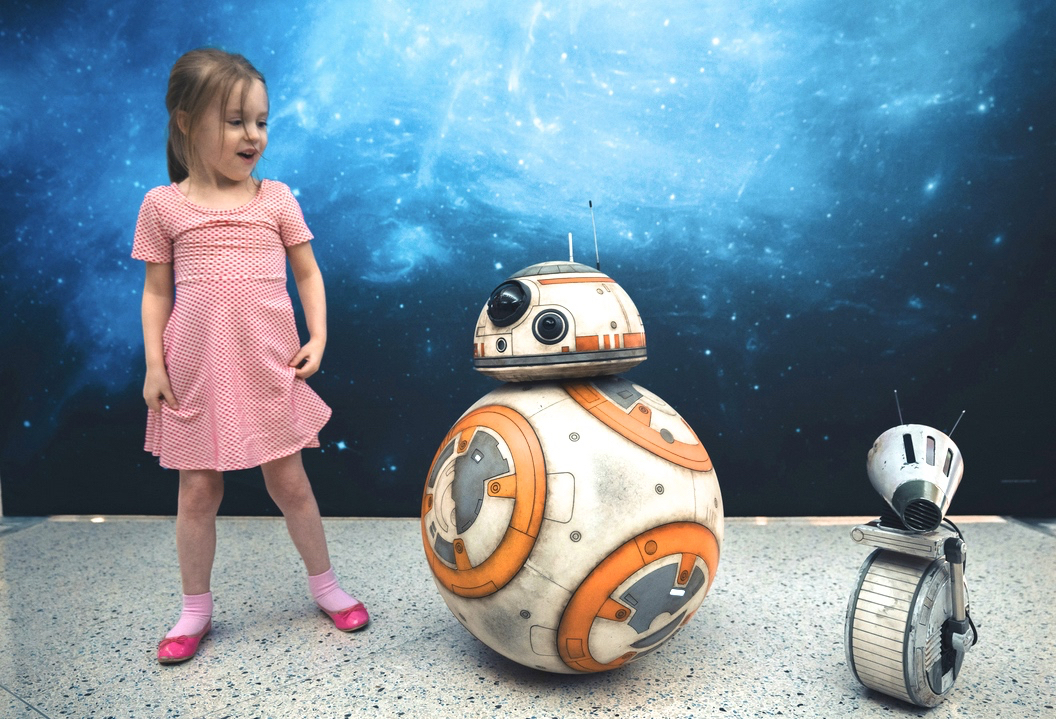 Even pilots are getting some selfies! 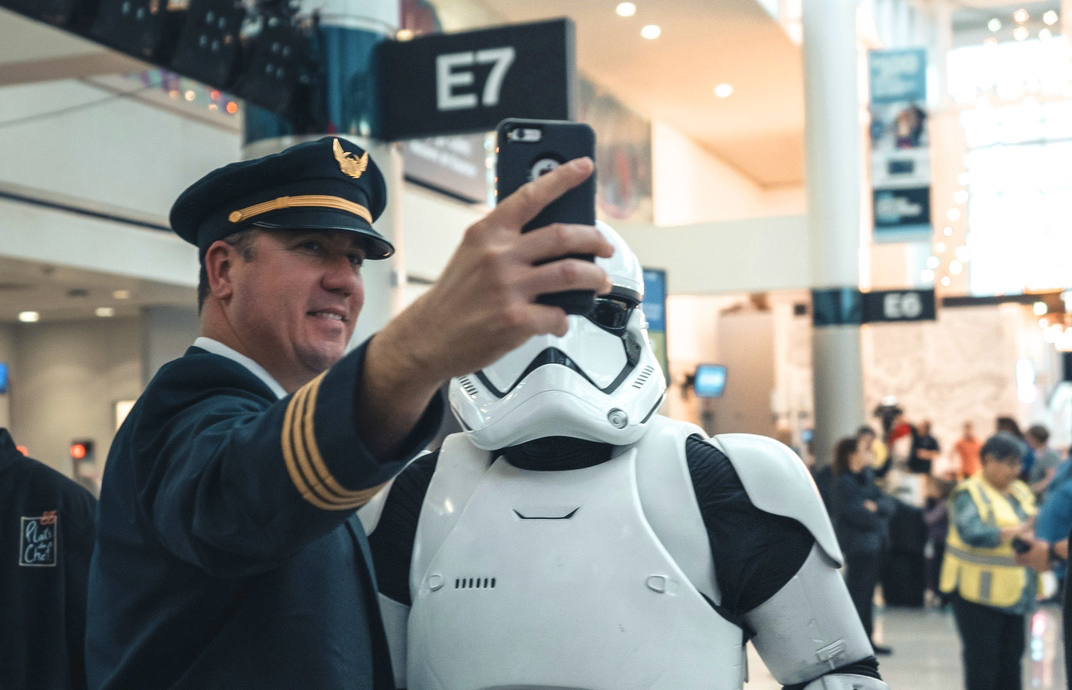 Once you’re on board, pick your seat carefully: good or evil? The interior is divided, like the exterior livery, between both sides of the Force, with headrests displaying emblems of the dueling sides: the Resistance and the First Order.
Classic Star Wars-themed music plays during boarding, and even amenity kits are themed for this final film in the Skywalker saga. 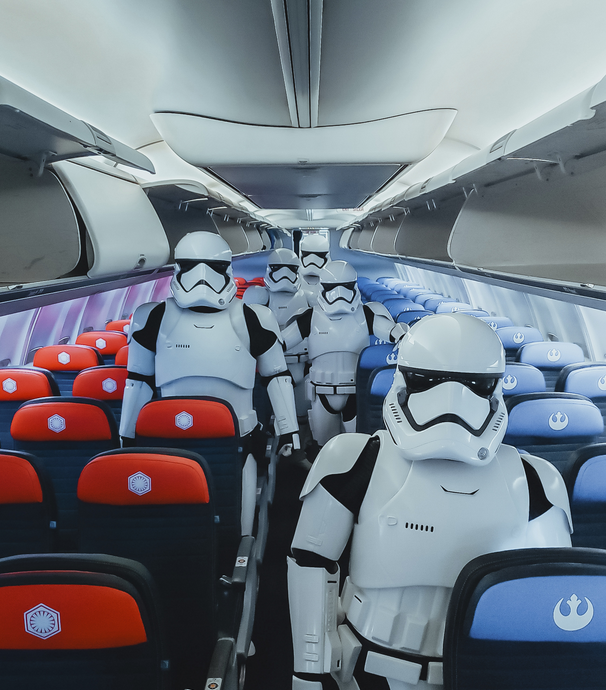 About Safety, This Is (said in your best Yoda voice). Your in-flight safety video (click here to see it for yourself) features appearances by iconic Star Wars characters, space sequences, footage of Star Wars: The Rise of Skywalker movie experiences around the world, and some of the most recognizable music in movie history to highlight safety procedures in case of an emergency while you’re flying far, far away.
The airline’s loyalty club members can even bid their award miles on some additional Star Wars experiences and perks, including access to premieres of the film in LA and London, as well as exclusive screenings in United hub cities before the movie has its theatrical release, travel packages to filming locations, and packages with one-of-a-kind themed collectors’ items.
You can ask your travel agent to book you on your next flight by looking up the plane’s tail number, N36272.
And while not everyone will have the chance to see United’s Star Wars: The Rise of Skywalker plane in person, you can track the aircraft via a special icon on online flight tracking platform FlightAware (below image). 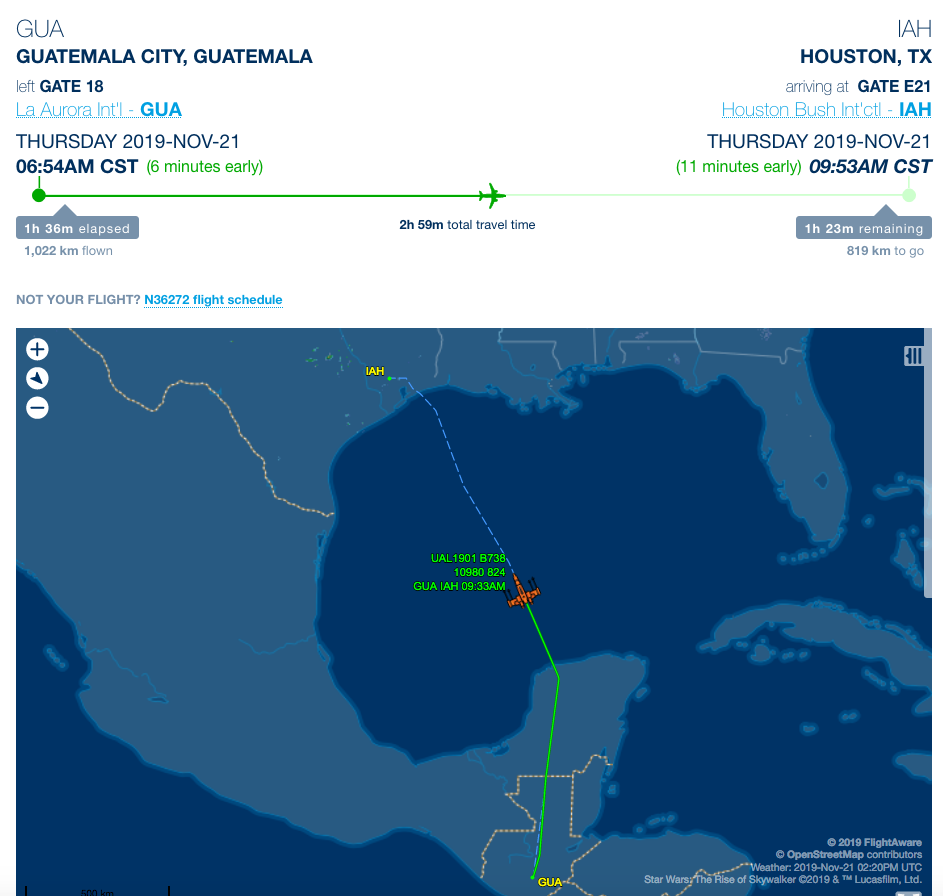 For the first time, film becomes aviation reality as flight and Star Wars enthusiasts can track past and future flights by entering the plane's tail number, and the new livery will appear on FlightAware's flight tracking maps as the X-Wing starship.

Images courtesy United Airlines unless otherwise noted.
﻿
Copyright BestTrip.TV/Influence Entertainment Group Inc or Rights Holder. All rights reserved. You are welcome to share this material from this page, but it may not be published, broadcast, rewritten or redistributed.

It’s in the heart of one of the most historic neighborhoods in London. But this hotel has become a symbol of the futu... learn more

Meet the Stingray Whisperer of the Bahamas

They are the laid back cousin of sharks, majestically pre-historic looking, and spellbinding in footage ‘flying’ thro... learn more

The latest designs, innovations, and features, in a sparkling white cruise ship gliding over the waves. If that’s not... learn more

The Golden Skybridge features not one, but two expansive suspension bridges connected by forested trails – right at t... learn more